Instead of ambush, skirmish, or combat between individual heroes, the Greeks of the fifth century BC devised a ferocious, brief, and destructive head-on clash between armed men of all ages. This work shows how this brutal enterprise was dedicated to the same outcome as consensual government - an unequivocal, instant resolution to dispute. 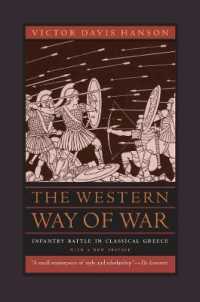