"Batman has been one of the world〓s most beloved superheroes since his first appearance in issue #27 of Detective Comics in 1939. Clad in his dark cowl and cape, he has captured the imagination of thousands of fans with his acrobatic fighting skills, high-tech crimefighting gadgets, and swift but often violent brand of justice. But why has he enjoyed such long-lived popularity as a character? And why have his actions caused debate among fans and philosophers? Based on four decades of comic book storylines, Batman and Ethics explores the concepts and contradictions of the ethical and moral code of the Dark Knight. From the logic behind his aversion to killing, to the implication of his use of torture, to the moral status of vigilantism in the pursuit of justice, Batman〓s ethical precepts are both compelling and deeply flawed. Starting with the character-defining work of Denny O'Neil and Neal Adams in the early 1970s, through the revolutionary era of the reimagined superhero comic in the 1980s and 1990s, to the new directions in the modern works of Grant Morrison, Ed Brubaker, Scott McDaniel, and ending with the release of the New 52, Batman and Ethics explores the developments of Batman's most troubling ethical dilemmas. It is a thought-provoking and entertaining journey through four decades of Batman's struggles and triumphs - a perfect way for readers to approach the complex questions of ethics and moral philosophy through one of the most popular canons in comic book history"-- 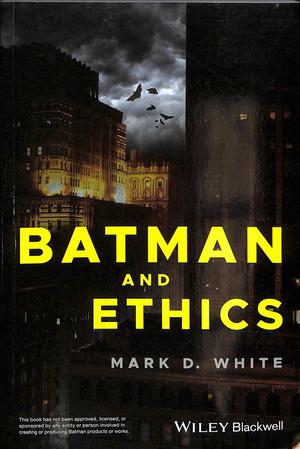